Reps to scrap NYSC, here's why

Easy ways to check if your NIN is successfully linked to your MTN, Glo, Airtel, 9mobile SIM

Rinu Oduala, 22, who is not afraid to speak out is seen by the Nigerian government as a threat until her bank account is frozen.

She is one of tens of thousands of Nigerian youths, including women, who made history in protests across the country in October against the brutality of the Special anti-robbery squad (SARS).

Ms Rinu Oduala was one of those who took to the streets after a video spread like wildfire showing a man allegedly killed by the Sars force, an incident that later sparked tthe EndSars protest demanding an end to the force.

It set up a camp outside the Lagos governor’s office on October 7, demanding the disbandment of the force.

Rinu Oduala was said to have mobilize people on social media for the protest as well as provide blankets to people who spend the night on the streets for two days before the police dispersed them.

The woman, who has 172,000 followers on Twitter, is one of a number of women who have challenged the Nigerian government for the past six weeks. Her ENdSars campaign prompted the Twitter site to rate its site by marking it blue.

Today she is part of a judicial inquiry into police violence based in Lagos which was one of the demands of the protesters after the President Buhari disbanded the force.

But she is concerned about her safety and was one of 20 people who staged a protest in which the Central Bank of Nigeria froze their bank accounts in early November.

“It is unfortunate that our intention to see an end to police brutality has led to our branding as terrorist,” she said.

The Central Bank of Nigeria (CBN) has said it has sought a court order to freeze the bank account for 90 days to find out how they get their money.

Ms Oduala said her lawyers were challenging the issue in court.

Another EndSars activist – lawyer Modupe Odele, had her passport confiscated last month. She assisted those arrested during the protest should be released.

Also last week, the website of the Coalition of Women’s Rights Advocates in Nigeria, a group set up by about 10 women in July to fight for gender equality which played a key role in the EndSars protests saw their bank accounts blocked.

During the protests the non-governmental organization raised $ 385,000, about N146 million through fundraising and other expenses were incurred by providing legal aid to arrested protesters, and hospital bills paid to those who were injured, with the provision of hired security officers at protest sites and the distribution of supplies food supplies.

The organization said the rest of the money will be used to provide support that includes mental health counseling for people affected by police abuse and the families of those who died.

The group also hopes to sponsor a memorial service for those killed by the police.

“This is just the beginning of the youth movement’s drive to bring about change in Nigeria” Fakhriyyah Hashim, one of the founders of the Feminist Coalition, told the said.

“We will continue to do that, especially for women,” she said.

Nigeria is a country where men are given priority, but women have always been vocal about the need for change, since the struggle against colonialism.

So the advancement of women in the EndSars protests will not come as a surprise to the authorities.

In 1929 the Aba riots – popularly known as the “Women’s War” took place as a result of tax plans for women entrepreneurs in the south.

Thousands of women took part in protests that led to attacks on banks, shops and colonial courts for almost two months. Eventually the colonists had to give in to their demands.

She later became a staunch supporter of Nigeria’s independence. 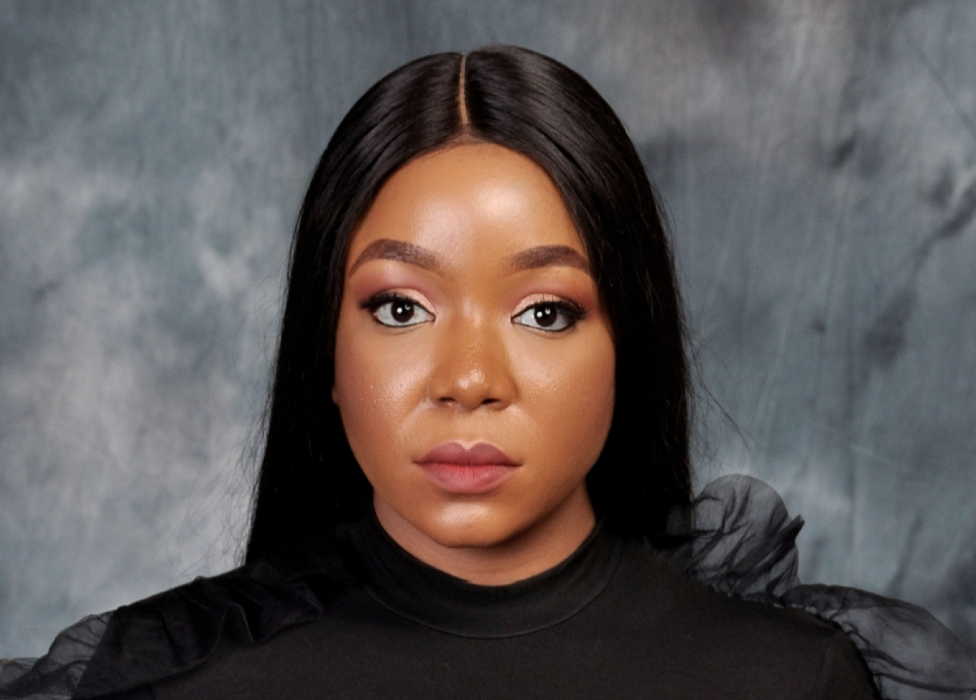 Ndi Kato, a women’s rights activist who took part in the EndSars protests, said: “Nigeria’s history has seen many women fighting for freedom. The struggles of these hardworking women in the past not have not been very well appreciated. “

The backbone of EndSars

No one has reached out to Aisha Yesufu, who is one of the founders of the Chibok girls’ liberation movement Bring Back Our Girls. For the past six years, Aisha and her team have been working to rescue the Chibok High School girls abducted by Boko Haram militants.

She was among the EndSars protesters and police fired tear gas in the Nigerian capital, Abuja.

But she did not run away and later her standing picture of her raising her hand became a major symbol of the EndSars campaign.

Mrs Yesufu said it was no surprise that women became the backbone of the EndSars protest.

“Women are always the ones who make it possible. Every revolutionary movement is led by women,” she said.

“The EndSars protest has been very effective because of the role that women have played. Especially for the Women’s Rights Act, these women are amazing the unity is amazing.”

Ms Kato said the struggle was not over: “The reorganization of our youth and the search for new ways of coping does not mean we are just protesting.”

Women demonstrated during the EndSars protest that they could use social media to have their voices heard – which Ms Yesufu said should be used as an opportunity to fight gender inequality.

“It’s time for any woman that feels like going into politics to do so without looking back. We should not doubt ourselves.” Aisha Yesufu
Bring Back Our Girls Movement co-founder

“Women should fight harder than ever to fight for women’s rights. It is time for us to take the right step. she said.

Ms Rinu Oduala agreed that the struggle would continue.

Abudulrasheed Mubarak is a freelance content creator. He starting his writing career in 2011. He is a graduate of Auchi Polytechnic, Auchi in Urban and Regional Planning.

Reps to scrap NYSC, here’s why

Joe Biden Controversy no one is Talking About

Any cookies that may not be particularly necessary for the website to function and is used specifically to collect user personal data via analytics, ads, other embedded contents are termed as non-necessary cookies. It is mandatory to procure user consent prior to running these cookies on your website.